In Cameroon, as in many low-income countries, megafauna species such as whales, dolphins, manatees, sea turtles, sharks and rays are poorly known. Surveying and monitoring the aquatic environment can be very expensive and the skills required scarce in developing countries. These species remain mainly threatened by poaching, accidental captures and habitat degradation. Without a good knowledge of population dynamics and distribution, they may disappear locally before being scientifically discovered. In response to threats, knowledge and skills gaps, we have set up along the coast of Cameroon the first citizen science program associated to aquatic milieu. In 2015 we started the pilot phase of this program with just 10 fishermen and later expanded it to the entire coast of Cameroon with over 80 fishermen reporting opportunistic sightings, bycatch and strandings of aquatic animals that they observe during their daily fishing activities. Fishermen who demonstrated their commitment to reporting their sightings were trained and provided with a smartphone to report information. The information is reported via the SIREN application that we have developed to facilitate and secure the sharing of observations. In the field, the user turns on the location of his phone and opens the application, once an observation is made, he captures an image and inserts it into the application, then follows the steps by considering the status appropriate observed, the species and entering the description and finally send the information. This information including image, species/fact, status, date, location and description is received on the server and characterized to iNaturalist for species identification, then verified and validated by a manager. Therefore, the information is available on the freely accessible online map and the Excel database is kept confidential.

After five years of effective actions, fishermen have recorded and put online 12,655 observations representing 374 reported species strongly dominated by fish (72.49\\%) followed by elasmobranchs divided into 39 species. Sea turtles are divided into four species mainly represented by the olive ridley. In terms of marine mammals, the only sirenian is the African manatee while cetaceans are represented by eight species of whales and dolphins. When we realized that 97\\% (1476) of marine megafauna accidentally (1514) reported on SIREN were elasmobranchs, with eleven species listed as Critically Endangered, Endangered or Vulnerable by the IUCN, we made the protection of this group our new priority. Our results highlight the critical need for intensified efforts to protect elasmobranchs from overfishing. Through to our Siren project, we were able to successfully advocate for the legal protection of four cetacean species in Cameroon and converted some fishermen into conservation heroes. 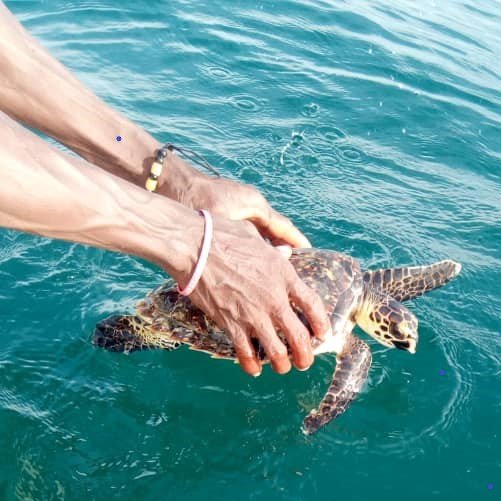 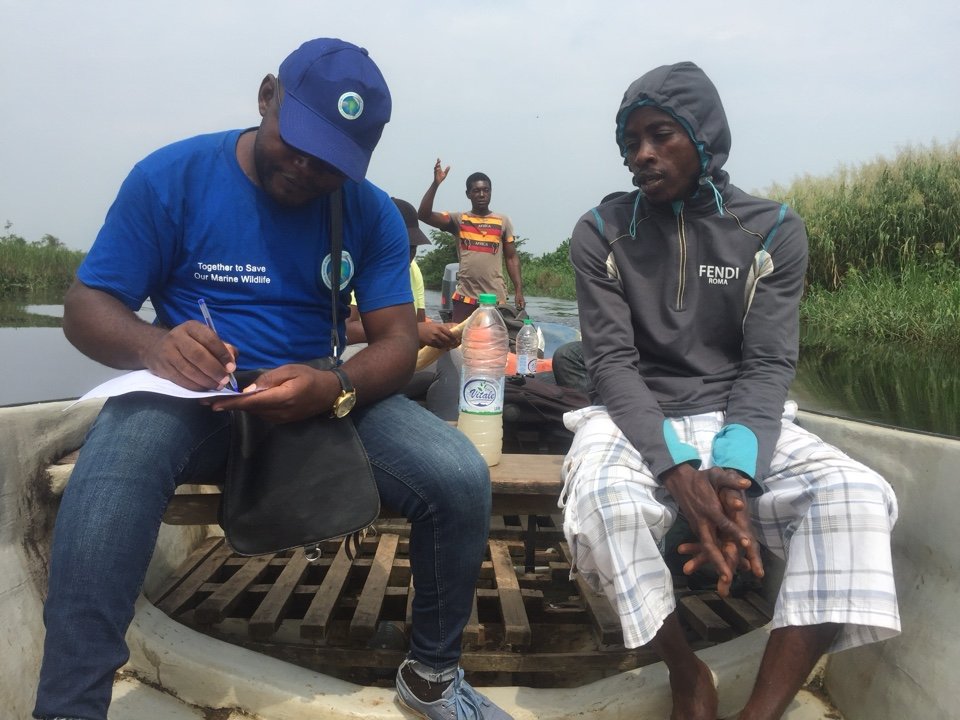